The Classification of Ball Valves by Structural Types 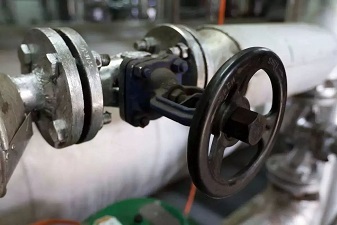 There are five general body styles of ball valves: single body, three-piece body, split body, top entry, and welded. The difference is based on how the pieces of the valve—especially the casing that contains the ball itself—are manufactured and assembled. The valve operation is the same in each case.

The classification of ball valves by structural types are:

The sphere of the ball valve floats. Under the effect of medium pressure, the sphere can produce a certain displacement and be pressed tight on the sealing surface at the outlet, ensuring the sealing of the outlet.

The floating ball valve has a simple structure and good sealing, but a load of working medium sustained by the sphere is all passed on to the outlet sealing ring. Therefore, one needs to consider if the material of the sealing ring can sustain the working load of the sphere medium. This structure is widely used in medium and low-pressure ball valves.

The sphere of the ball valve is fixed and doesn’t move after being pressured. All fixed ball valves have floating valve seats. Under medium pressure, the valve seat moves, pressing the sealing ring tight on the sphere to ensure sealing. Usually, bearings are installed on the upper and lower shafts of the sphere. It has a small operating torque and is suitable for valves of high pressure and large diameter.

The sphere of the ball valve is elastic. The sphere and the sealing ring of the valve seat are both made of metals. The sealing pressure is very large. Relying on the pressure of the medium itself already can’t meet the requirements of sealing, so external forces must be applied. This type of valve is suitable for the medium of high temperature and high pressure.

There is an elastic groove at the lower end of the inner wall of the sphere. When closing the channel, use the wedge of the valve stem to keep the sphere ballooned and pressed tight against the valve seat to achieve sealing. Loosen the wedge head before turning the sphere, and the sphere restores its original shape so that there is a very small gap between the sphere and the valve seat, which can reduce the friction of the sealing surface and the operating torque.

According to its channel positions, sanitary ball valve can be divided into straight-through, three-way, and right angle types. Three-way and right-angle ball valves are used to dispense the medium and change the flow direction of the medium.