How Does the Pneumatic Sanitary Diaphragm Valve Work? 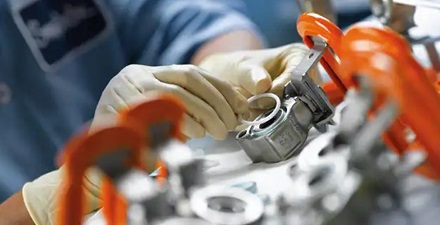 Sanitary diaphragm valve is operated by remote control or manual operation through the handle of the driving device. The driving device has three standards: normally closed type, normally open type, and pneumatic type. 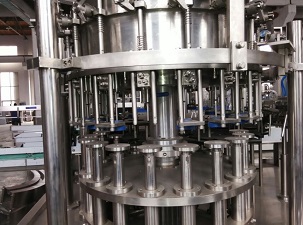 The pneumatic sanitary diaphragm valve is a special form of the cut-off valve, that appeared in the 1920s. Its opening and closing parts are a diaphragm made of a soft material that separates the inner chamber of the valve body from the inner chamber of the bonnet and the driving parts. The most prominent feature of the pneumatic sanitary diaphragm valve is that the diaphragm separates the lower body chamber from the upper bonnet chamber, which prevents the stem and disc above the diaphragm from being corroded by the medium, eliminating the packing seal structure and causing no leakage of the medium.

The pneumatic sanitary diaphragm valve is a clamping class valve, and it is mainly used for opening and closing in the pipeline. It has two main advantages: the first one is that the valve does not require a separate stem packing seal structure, and the diaphragm plays a stem sealing role while cutting off the medium; the second is the flexible diaphragm has a reliable closing performance, and it can even do a good cut off the sewage. Therefore, the operating mechanism and media channel are completely separated, so that the pneumatic diaphragm valve can not only apply to the food industry and medical and health industry, but also applicable to some medium that is dangerous and difficult to transport.

Pneumatic sanitary diaphragm valves are designed to be clamped within the body by a thin, hemispherical metal film as a barrier between stem and fluid. Valve closure is achieved by pressing the disc against the seat through the stem head and metal film.

The valve is opened by an internal spring that lifts the disc as the stem rises and disengages from contact with the film. As the valve travel is equal to the film travel, the valve features a much smaller lift than the general valve. To overcome resistance losses due to low lift, the seat and flow area are larger than normal valves for a greater flow rate.

As the valve seat is large, the force is much greater than the usual valve to obtain adequate sealing force on the disc. The disc does not push the stem away from the seat, so the valve is suitable for differential pressure unidirectional flow, and the medium is usually “under the seat”.