How Can Sanitary Diaphragm Valves Be Used Properly? 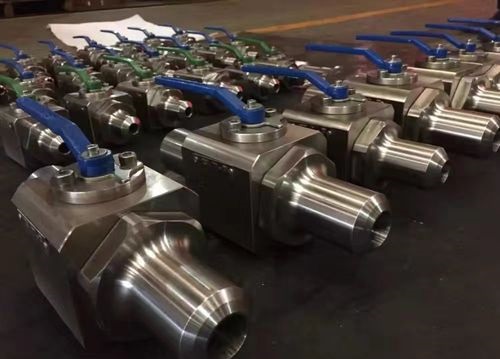 Therefore, the control mechanism is completely separated from the media channel, making the diaphragm valve applicable not only to the food industry and medical and health industry but also to some difficult transmission mediums and dangerous mediums.

Due to the structural design of the diaphragm valve itself, it is particularly suitable for ultra-pure media or highly polluting, highly viscous liquids, gases, corrosive or inert media. When combined with control equipment, a diaphragm valve can replace other traditional control systems, especially for solid and non-polluting inert media. The sanitary diaphragm valve operating mechanism in the pipeline is not exposed to the transport fluid, so it is not polluting and does not require packing, and the stem packing part is not likely to leak. Therefore, diaphragm valves are specially designed for transporting corrosive, viscous fluids, such as mud, food, medicine, and woven adhesives.

The metal sanitary diaphragm valve is constructed by clamping a thin, semispherical sheet of metal into the body as a barrier between the stem and the fluid. The valve closing is achieved by pressing the disc onto the seat through the stem head and metal film, while the valve is opened by an internal spring and the disc rises when the stem rises and disengages in contact with the membrane. There is no direct contact between the stem and the disc, and the disc does not pass through the stem leaving the seat, so this valve is used in a differential one-way flow and is usually “under the seat”.However, a large amount of backflow should be avoided in use, so as not to affect valve closure.