The Difference Between Ball Valves and Butterfly Valves 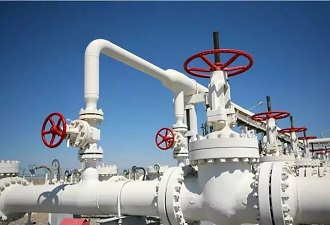 What is the difference between a ball valve and a butterfly valve?

What is a Butterfly Valve?

The butterfly valve is characterized by a relatively fast opening and closing mechanism and simple, cost-effective construction. However, butterfly valves have relatively poor sealing tightness and low-pressure capacity, both of which limit the valve’s scope of applications. The characteristics of the ball valve are similar to those of the gate valve, but with limitations to the opening diameter due to the restrictions on size and opening/closing resistance. 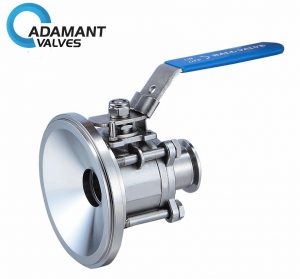 What is a butterfly valve used for?

What is a ball valve?

Ball valves are named for their closing member, which is a sphere. The sphere rotates around the centerline of the valve body to achieve opening and closing. Ball valves are used in pipelines to shut off, distribute and change the flow direction of the medium.

What is a ball valve used for?

The ball valve is usually suitable for liquids and gases that don’t have particulate impurities. Ball valves operate with a small fluid pressure loss and good sealing performance. In comparison, the ball valve’s sealing tightness is better than that of the butterfly valve. Ball valves seal themselves by pressing the valve seat against the sphere’s surface. Compared with semi-ball valves, the ball valve wears down more quickly.

The butterfly valve’s sealing components are usually made of flexible materials, which are difficult to use in pipelines of high temperature and high pressure. The butterfly valve has rubber sealing components that don’t create as tight of a seal as the hard metal components of ball valves. After a long period of use, a semi-ball valve’s valve seat will have slight wear. We can continue to use it through adjustment. During the opening and closing process, the valve stem only needs to rotate 90 degrees. When there’s a leak, press the bolt on the stuffing lid a little bit tighter to reduce leakage.

How to Use Ball Valves and Butterfly Valves?

The opening and closing of the butterfly valve are achieved by overcoming the deformation of the rubber sealing surface. Its torque is much greater, it takes a long time to operate, and requires much effort to do so.

What is Mounted Ball Valve?
Best Practices of Sanitary Butterfly Valves in the US
The Difference between Metal Sealing Valve and Ball Valve
Key Features of the Best High-Temperature Ball Valves