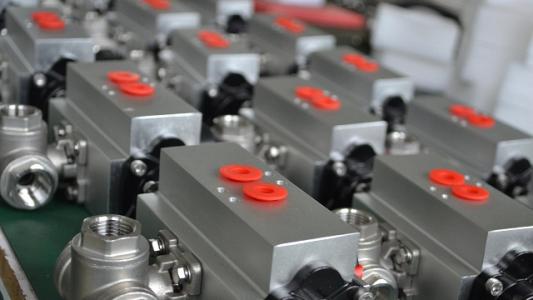 At present, the valve has become more and more important in modern industry, and the vast majority of the industrial production process is inseparable from a variety of valves.

In production, the sanitary diaphragm valve is mainly used to control water, gas, oil, and other media, which is applicable to different industries such as petroleum, metallurgy, medicine, brewing, beverage, and dairy products. Sanitary diaphragm valves are so popular because of their superior performance as follows.

The sanitary diaphragm valve is a flexible diaphragm or composite diaphragm in the body and bonnet, and the closing member is a compression device connected to the diaphragm. Its seat can be weir or straight through the pipe wall. The advantage of the sanitary diaphragm valve is that its control mechanism is separated from the medium path, which not only ensures the purity of the working medium but also prevents the possibility of the medium in the pipeline hitting the working part of the control mechanism.

In addition, there is no need for any form of separate sealing at the stem unless used as a safety device in controlling hazardous media. In the diaphragm valve, the working medium only comes into contact with the diaphragm and the body, both of which can be made of a variety of different materials, so the valve is ideal for controlling a variety of working media, especially those with chemically aggressive or suspended particles. The working temperature of the sanitary diaphragm valve is usually limited by the diaphragm and body lining material used, its working temperature range is about – 50 ~ 175 ℃.

The diaphragm valve can be controlled freely in different media. Water, liquid, gas, all kinds of stamp products can be used to cut off and connect, and there will be no leakage. The actuator for the diaphragm valve is simple and can be operated remotely or manually, and different media can be controlled by pressing the rubber film directly onto the seat using the stem. Moreover, it has many connection modes and is very flexible in operation, which includes quick-release flange connection, welding connection, and movable flange connection.

Widespread Use for Sanitary Diaphragm Valves

The actuator of the diaphragm valve consists of three types, one is air type, one is normally closed and the other is normally open. All three of the standard valves are aesthetically pleasing and simple in construction. Sanitary diaphragm valves are used in many industries to control fluid, solid, gas, and other media, and their control function is to make cutoff and connection flexibly. It is applicable to water heating, food, medicine, and other industries, as well as petroleum and metallurgy, and other highly corrosive industries.