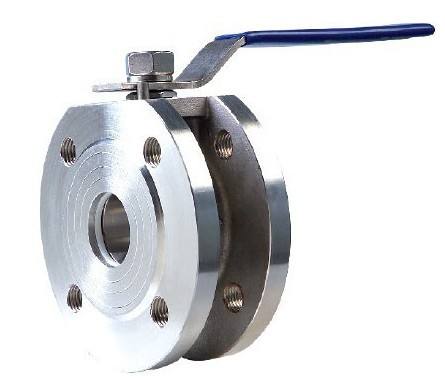 Why The Sanitary Ball Valves Are Useful?

A spherical disc is attached to the ball valves. It is the part of the valve which controls the flow from beginning to end. The disc, the sphere has a hole through the middle with both the ends of the valve, it enables the flow to take place. While the valve is closed, the flow is blocked as the hole is perpendicular to the split ends of the valve. Thus the handle and the port come in a single line which lets you see the valve’s position. Therefore the ball valve along with the butterfly valve and plug valve can be used as a part of the family of quarter-turn valves.

In addition to that using a ball valve has its own advantages and disadvantages. The best thing about it while using in sanitary applications is that they usually work to attain perfect shutoff even though after years of disuse. These are the best selection for shutoff applications. Baal valves are and are often preferred over sanitary butt-welded butterfly valves, as the latter do not offer the fine control which is very much useful in throttling applications. Another good thing about ball valves is that they are considered as the high pressure rated sanitary valves on the market.

As the name says the sanitary ball valves, are associated with a ball with a hole drilled through the middle swivel mounted to the valve body. It operates in full flow while the hole in the ball is oriented in the same direction as the pipe. However, the hole in the ball sometimes if oriented away from the direction of the pipe will cause the flow rate to be restricted and ultimately cut off absolutely when the hole is oriented 90 degrees to the direction of the pipe.

Though the ball valves are produced by different manufacturers, almost all the ball valves share the same operational features. You can get different alternative choices for a ball valve on the market. This makes potential customers switch their choices to any other alternative. However, this is the main reason why manufacturers are very keen on the comfort and convenience of the end-user. They always try to interpret the need and taste of their potential customers and update the quality of the product accordingly.