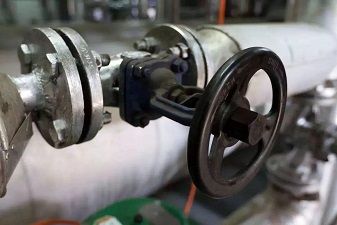 How do ball valves work?

Ball valves work by using an internal rotating ball as the opening and closing flow control mechanism in various pipeline systems. The ball is bored through the center to create a hollow channel or port, which allows the medium to flow through it when in the open position. It rotates with the valve stem to achieve on/off actuation. Sanitary ball valves have a perforated ball that rotates around the axis perpendicular to the channel, causing the valve to open and close.

What are ball valves used for?

It only takes a one-quarter turn to open or close a ball valve. For this reason, they are mainly used for rapid on/off actuation in pipelines and equipment fluid mediums. That’s also why ball valves are often used as emergency shutoff valves—they’re fast and dependable.

Because ball valves have such a wide channel opening in the center of the ball, they cannot accurately adjust flow rates and are not suitable for flow control. In fact, most ball valves are designed with a hollow center channel of equal diameter to the internal pipeline. This generates only slight flow resistance when in the fully open position, making ball valves useful in industrial gas, air, vapor, and fluid systems. They’re sometimes referred to as shut-off valves when used in residential applications.

After extended periods of use, ball valves can suffer the same fate as most industrial equipment: degradation. No matter how well we care for our pipelines and master valve systems, parts are bound to break down eventually. That’s why routine valve pressure testing methods are key to maintaining the health of industrial processing systems—to ensure the safety of those in the area as well as the product being processed. Valve pressure tests should be performed regularly, but also at the first sign of valve damage. These vital tests ensure your valves still meet industry standards and local regulations. Pneumatic ball valve strength tests should be performed with the valve body in the half-open position.

Follow the steps below to perform a sealing test on a floating ball valve.

How to seal test a floating ball valve

Follow the steps below to perform a sealing test on a fixed ball valve.

How to seal test a fixed ball valve

For a three-way ball valve, the sealing performance test should be carried out in all positions. Remember: When a valve that has visible damage passes these tests, you can still replace it. Ball valves with visible damage may continue working for the time being, but they are far more likely to fail than a new valve altogether. Regular testing is critical to maintaining a safe industrial environment. Always comply with industry standards and local regulations regarding ball valves and processing systems as a whole. If you’re uncertain about a specific ball valve, or if you have any questions regarding these tests, please contact us.