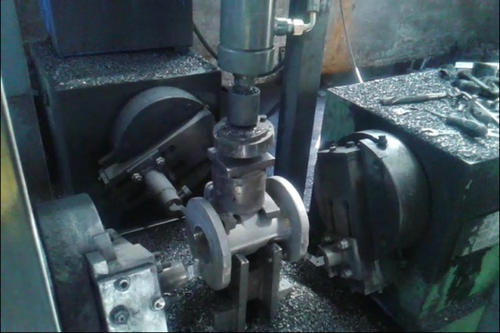 The main function of the sanitary ball valve is to cut off and connect the fluid in the pipe, and the ball valve has the characteristics of small fluid resistance, good sealing, quick switch, and high reliability. The two main performances of sanitary ball valves are strength and seal.

The strong performance of sanitary ball valves is the capacity of the valves to withstand medium pressure. The valve is a mechanical product that bears internal pressure, so it must have sufficient strength and stiffness to ensure long-term use without rupture or deformation.

The first leak in these sealing elements is called an internal leak, that’s frequently referred to as a loose closure and influences the valve’s potential to cut off the medium. Inner leakage isn’t allowed for intercepting valves. The latter leaks are called leakage, in which the medium leaks from the internal to the out of doors of the valve. Leakage will reason cloth loss and environmental pollutants, even extreme injuries. Leakage isn’t always allowed for inflammable, explosive, poisonous, or radioactive media, so the valve has to have reliable sealing performance. The following points should be noted when installing sanitary ball valves.

*The full-time responsible person shall work on the site in the respective work responsibility area;

*When removing or installing sanitary valves, make changes and arrangements for daily production within a certain range affected by this operation, then remove and cut off the medium in the pipe;

*After the completion of the work, the company should prepare for the pressure test, airtightness test, non-destructive inspection, and other inspection items;

*Before entering the production operation at the end of the operation, the inner cleaning of the pipe network should be carried out, the removal of the blind plate on the pipe should be confirmed, and the operated valve should be restored to the open and close state before construction.