In Which Fields are Pneumatic Ball Valves Mainly Used and What are the Main Features? 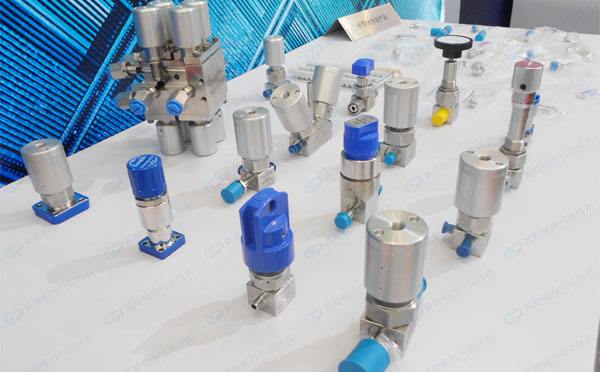 Pneumatic actuators are used to automate ball valves, butterfly valves, and diaphragm valves. Thus, the name “pneumatic ball valve” for such a device. We distinguish between two different types, one is the quarter-turn actuator (90° rotation) for ball valves and butterfly valves, and the other is the linear actuator for diaphragm valves. Both versions are available in three configurations. The required configuration is determined depending on the application or on-site situation. For pneumatic controls, we refer to diaphragm valve products.

A valve is defined as “The generic name of a device with a moving part allowing it to open and close a passageway to allow, prevent or regulate the flow of a fluid.”

There exist many types of valves in various technical industries. The most commonly used manual valves in steam systems and sanitary systems are globe valves, ball valves, slide valves, and butterfly valves.

Valves can be categorized as follows based on their construction and features:

The construction of a gate valve is similar to that of a sluice. Another essential characteristic of this type of valve is the low-pressure loss when the valve is fully open. The valve body, however, must be lifted entirely out of the way for the valve to be fully open. This means that the lever must be turned frequently. Low-pressure loss is also present in this valve type because of the face-to-face dimension of a butterfly-type valve that is often tiny. These valves are often used in water and air applications.

This type of valve features a polished ball with a hole in the center that rotates in the valve body. When the hole is aligned with the pipe, materials can flow through it. However, the ball cuts the flow when turned at right angles to the line. Because of their short actuation travel, motorized ball valves belong to a family of products called quarter-turn valves. This makes them very fast to operate and ideal for fast response cuts. The ball valves also offer exceptional shut-off values, the average arrangement of the balls ensuring a perfect seal.

Ball valves offer a very good shut-off and are practical because to open and close the valve; it is enough to turn the lever by 90°C. In addition, they can be a full bore, which means that the opening of the valve is the same size as the inside of the pipe. This generates a very low-pressure loss. Another feature is the lower likelihood of gasket leakage. This results from the valve stem only having to turn 90°C.

The globe valve is suitable for various applications, from flow control to zero flow.

It should be noted, however, that due to the S-shape of the passageway of this valve, the pressure drop is more significant than that observed with other types of valves. Also, the valve stem must be turned frequently to open and close the valve. Consequently, the gasket tends to leak. Also, because closing the valve involves turning the valve stem until it is seated firmly against the valve seat, it is difficult to determine the exact point at which the valve is fully closed. Cases have occurred where overturning the valve stem by accident has damaged the seating surfaces.

Such a valve is a good troubleshooting solution for troublesome situations; it allows very high flow rates, can start operating from 0 differential pressure, and enable high temperatures of fluid. It can also perform to flow high viscosity and contaminated fluids. Moreover, it works in EEx zones simply by placing the pilot valve outside of this area. The valve is usually paired with a pneumatic actuator powered by a 3-way valve solenoid. Pilot fluid pressure flows into the actuator cylinder and acts on the piston, allowing the seal to open or close through the stem. The seal returns to its resting position using a return spring which is located in the pneumatic actuator.

Note that a ball valve is not pneumatic in and of itself. When someone refers to a “pneumatic ball valve,” they are referring to the commonly used ball valve that is fitted with a pneumatic actuator. The actuator is typically mounted to an industry-standard (ISO 5211) 4-bolt mounting pad on valves designed for automation.

A Pneumatic ball valve can be used in many applications:

Other applications of pneumatic valves

Pneumatic valves are used in the development of automation or remote-control systems. As such, they are found in all industry sectors, machine tools, chemicals, petrochemicals, medical, pharmaceuticals, food, transport, etc.

They can also be applied to communities: hot water, air or steam heating, air conditioning, transport of liquid or gaseous fuels, and fire-fighting.